Creating a time-lapse video takes more efforts than simply inserting pictures, captured from a fixed camera, next to each other in a video.

In a short-term time-lapse, using sequences is a standard to create appealing videos. This is easy to understand when capturing events spanning over a few hours, where different sequences are achieved by moving the camera into different locations.

But as of today, only a few long-term time-lapses use sequences.

There are many reasons to explain why sequence-based long-term time-lapse are rare.

And to be honest, with Webcampak, we are in the situation mentioned above. We are technical experts, and none of us have an art degree. Creating a high-end time-lapse video requires skills in a wide set of areas, and having all of those in-house is a real challenge (and probably not the right thing to do).

Therefore to achieve high-end videos we partner with film-makers and skilled professional to deliver our customers with the best time-lapse videos can offer. And often, the film-maker is the individual will make the video successful, much more than the technical infrastructure who made this video possible.

It’s like for a regular movie, how often did you saw a trailer promoting the camera model used during filming with something like “captured with RED Epic cameras” instead of the film-maker “A new movie by Steven Spielberg”.

Things are no different with time-lapse videos, we believe success of the video strongly depends of the film-maker.

Nevertheless, this introduction was probably too long. You will find in this blog article elements to take in consideration when creating a high-end time-lapse video.

This the most basic element, if you want a high-end video, you need a proper capture device.

As of today, most D-SLR cameras will provide you with good-to-very-good picture quality (depending of the model). A very high resolution will give more freedom to edit pictures in post-productions (resize, crop, …) or add simple effects (zoom, pan), to dynamise the video. 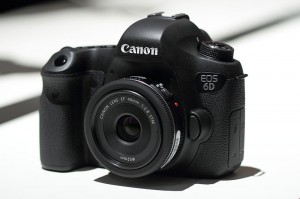 Even if time-lapse videos are usually short (+/- 3mn), it stills need to tell a story if you want it to appeal to a large audience.

Watching a video, captured from a single point a view, during a few minutes, is likely to be boring for viewers, especially if those viewers are not related to the project. Construction managers could find such videos very interesting, but it’s probably not going to be your target audience.

So, with the film-maker think about the story you want to tell in your video, select (or create) and appropriate soundtrack and ensure sequences fit well with the soundtrack. 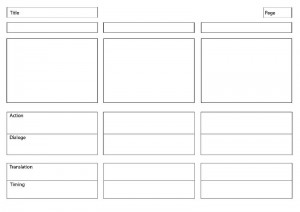 Creation of a “Storyboard“

To get an appealing video, it must be composed by multiple sequences, each of them having an average duration of 7 seconds (12 s max.). A sequence could be a view of the global building, a focus on a specific part of the build, …

Exact sequence duration will depend of your capture rate and lenght of the event being captured.

You’ll find our more about it later in this article.

As explained perviously, your time-lapse video will be composed by sequences. If your budget can allow it, you could add content coming from devices other than your long-term time-lapse camera. The following solutions are often used:

Adding external elements such as the ones mentioned above involve additional costs but we strongly believe this is a great way to create an appealing video. 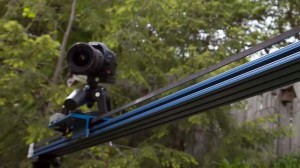 A project is composed by short (crane installation, …) and long events (overall build), to add interesting sequences you can configure capture rate differently depending of the project’s events.

As of today, technologies do not allow to maintain a high capture rate during a long period of time. It would stress the shutter and also involve very strong storage constraints. At one RAW picture every 30 secondes, your time-lapse would need 72GB per 24h00, which would end-up as a very large number of files over a long-term project.

The solution is simply to configure a high capture rate when you need it and on a pre-defined window. Then revert back to a regular capture rate outside this window (one picture every 10mn for example). 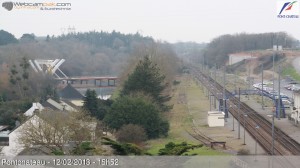 View of a construction site.

To create a short sequence, you need to know the following elements: 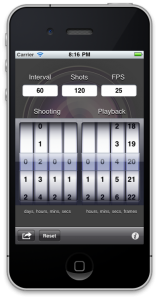 You can easily find apps to calculate time-lapse capture rate (for exemple Timelapse-Helper).

In this article we went through the most important elements to consider when planning a high end video.

With Webcampak, we created a technical solution to secure picture acquisition, processing and storage. But to obtain a high-end result we alway recommend to involve a film-maker into the project.

Implementing a long-term time-lapse takes some efforts and it’s always more rewarding when it all ends up with a very high quality video.